​Derek Chambers was born in Ilford in 1937. He worked in Central London as a graphic designer from 1953 until 1993.
​He moved to Suffolk in 1994, after which he gradually withdrew from the commercial world in order to follow his own interests in drawing and painting. He now creates images using every available medium, and has a special fondness for all the techniques of printmaking, including lithography, etching, monotype and woodcut.
He has built up a body of work, exhibiting successfully and selling regularly in Suffolk, London and elsewhere. He has had several one-man shows and has had work exhibited at the Royal Watercolour Society (prize-winner 2008), the Royal Academy Summer Exhibition (1996, 1999, 2012 and 2013), The Federation of British Artists, the Mall Galleries, the New English Art Club, Discerning Eye, the Royal Institute of Painters in Watercolours, National Print and Originals, the Royal Society of Marine Artists, the Royal Society of Portrait Painters and the Eastern Open (prize-winner 2003 and 2014).
Derek is a long-standing member of Sudbourne Park Printmakers, making regular use of their workshop facilities which were established by printmaker Gareth Jones. He is an active member of the Ipswich Art Society, where he was awarded the Mayor's Prize in the Open Exhibitions 2016 and 2017
Title image: ​The original Bramley apple tree 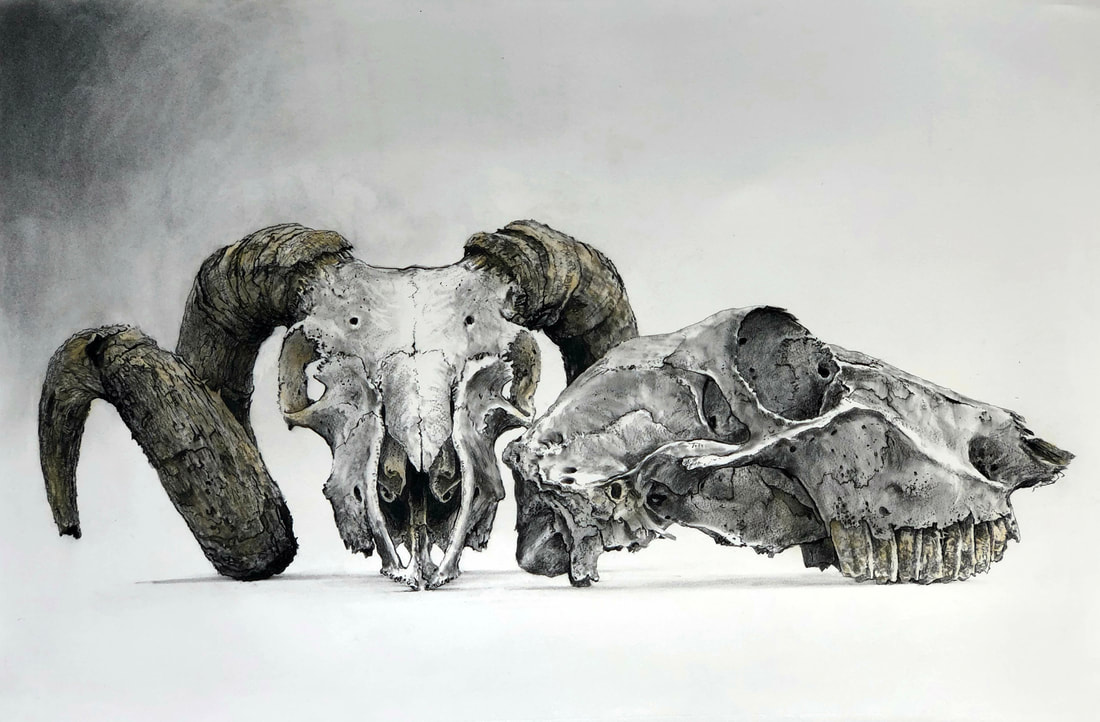